After the vote on the opinions of the ENVI, AGRI and INTA Committees on the Commission’s proposal for a fertilising product regulation the considerations on amendments in the IMCO Committee took place on 21 June 2017. The compromise amendments are available here.

The Internal Market and Consumer Protection Committee (IMCO) has the overall lead on the discussion on the fertilisers proposal in the European Parliament and will vote on its report on 12 July 2017. Based on ECN’s position on the Commission’s proposal the European Compost Network has followed the debate in the European Parliament and expressed again that harmonised criteria for compost and digestate, which will be placed as organic fertilisers and soil improvers on the European market should be set. These should be based on the technical proposal on end-of-waste criteria for compost and digestate, worked out by the Joint Research Institute ‘IPTS’ of the European Commission.
After the final vote on the Parliament’s report in September it is likely that the inter-institutional discussion between the Commission, the Council and the Parliament will start. 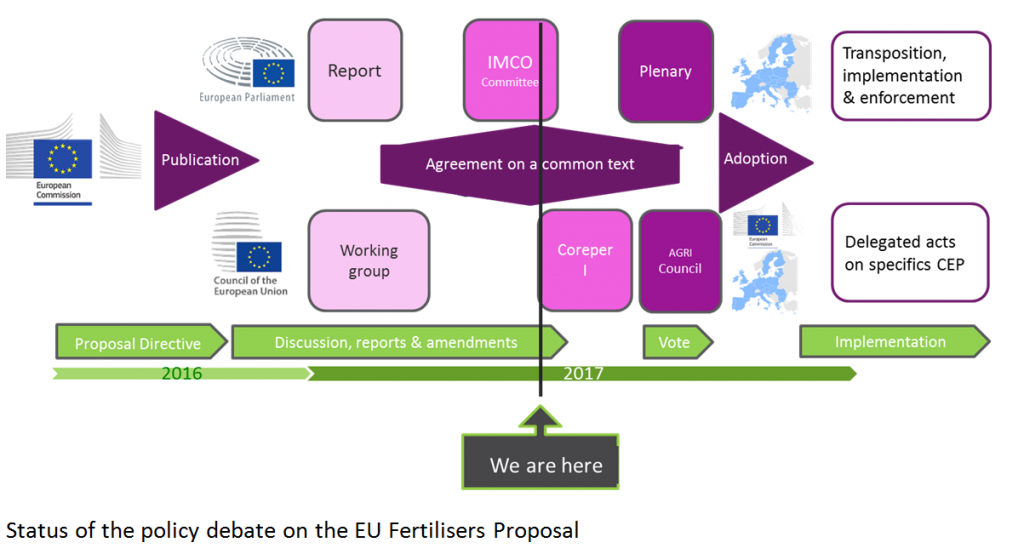